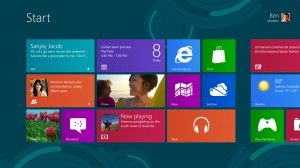 After nearly 33 years in the software development business, I have seen the phrase “easy to use” applied to software products a thousand times.  It is sometimes used aptly, and often not.  This ubiquitous phrase has become a nearly meaningless tag on marketing brochures and product boxes and, like its twin “professional edition,” it has come to mean little or nothing.

Now, we know what the author of brochures and boxes means to communicate, but in the absence of standards that define “easy” or “professional,” it does not mean anything at all.  A handsaw is easy to use, but many people cannot effectively cut wood with one.  And there are professional versions of handsaws, but other than price, how would you know the difference?  Will the professional version make you a professional sawyer?

“Easy to use” is used abstractly

Despite the groaning of a legion of programmers, software applications are not art and while some poorly executed applications verge on the abstract, they are designed as tools, developed within a scientific process, often to rigorous standards of quality.  Therefore, what constitutes “ease of use” should be a definable quality rather than an abstract one.

During one hour episode of Downton Abbey, you will probably see at least two commercials indicating that 30,000 doctors or dentists have agreed that one particular pill or toothpaste is better than another.  While these numbers are often hyped, they do reflect an effort to somehow standardize the quality or usefulness of a pill or toothpaste.  Why not software?

Fear!  Regardless of how many nauseating commercials I see for Windows 8 with people clicking meaningless removable screens on and off laptops, Microsoft is not going to admit that Windows 8 is universally disliked and that it will fail like Windows Vista failed.  Why?  Because Microsoft decided for the user what “easy to use” meant in each of these products and Microsoft decided wrong.  They treated “ease of use” as an abstract.

Ease of use is not an abstract

After forcing people to adapt to Windows 7 (much harder to use than XP), they immediately released Windows 8, which most people find even harder to use than Windows 7.  Microsoft paid Apple $100 million to drop the lawsuit against the look and feel of Windows XP, which to a large degree emulated the HIGHLY SUCCESSFUL look and feel of the Apple operating system.  If it was worth paying $100 million to copy something successful, why change it a few years later in Windows Vista, which was universally panned?  Nobody ever asked me or 30,000 dentists if we preferred the look and feel of Windows 7 over Windows XP.  Ease of use is NOT an abstract.  Had they asked, Windows 7 would look like Windows XP (and they would have never trashed Word and Excel with that awful toolbar).

Rule of thumb: easy to describe, easy to use

In the first decade of my career, I was a technical writer.  I documented software from the late seventies and early eighties and that was some of the worst crap I have ever seen.  I quickly came to see that the products that sold well and were the most easily supported by the support staffs were products that were easily documented.  I concluded from my work as the documentation specialist and from the support reps who had to answer questions from the field that if the software was easily and readily described (the antithesis of abstract), it was easy to use.  Hence, I developed a standard for measuring ease of use for software applications.  If it is easy to describe, it is easy to use.

To conclude and to drive my point home like a stake in a vampire’s heart, let me ask a very poignant question about Windows 8.  If the single most advertised feature about a complex operating system is the ability to detach a screen from the keyboard, what does this say about the relative usability of the product?

Everything!  If you cannot easily and readily write ad copy about the product and instead focus on the inane clicking of badly dressed people in terrible commercials,  you have made my point.  Windows 8 is abstract and is doomed to fail.  If Microsoft had the foresight (or should I say honesty) to survey 30,000 dentists, 29,000 of them would ask for Windows XP and Office XP look and feel to be restored.  The remaining 1,000 are probably using Apple computers upon which XP is based.