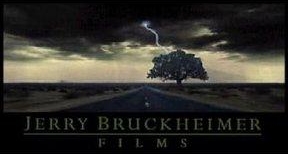 Great stories, well told. They can be for audiences in darkened movie theatres or home living rooms. They can feature great movie stars or introduce new talent. They can be true adventure, broad comedy, heartbreaking tragedy, epic history, joyous romance or searing drama. They can be set in the distant or recent past, an only- imagined future or a familiar present. Whatever their elements, though, if they begin with a lightning bolt, they are stories being told by Jerry Bruckheimer, and they will be great stories, well told. When the HR Manager of Jerry Bruckheimer Films first contacted People-Trak HR Software, they were looking for an HR System that offered time-off management. Once the online demonstration was completed, they found People-Trak’s functionality would bring so much more to their organization. Automatic Alerts would help them notify individuals and departments when on-boarding, easy field customization would help them track information unique to their organization. Customizing reports with a one-step export feature was also a plus. With People-Trak’s HRIS they found they could easily track multiple business groups, cost centers and report on the history. People-Trak’s Appraisal Manager is also a key feature for completing manager performance reviews.

See People-Trak HRIS today. We’ll walk you through it.